"It does not matter how slowly you go, as long as you don't give up" - Confucius

Life is not a sprint, it's a marathon. I have learnt this lesson over & over in the past 12 months of my business life.

When I first had the idea for Butterflyy Bliss, I had visions in my head of it being launched really quickly and in turn becoming this roaring success at the most rapid pace. I could not have been more wrong!

See what I thought would have been launched and successfully trading by now, has not even been lifted off the ground yet. I did not account for all the regulatory and legal requirements when I worked my original timeframe. Then when I did take these things into account, I did not factor in just how long things beyond my control would cause delay in my already worked & re-worked timescales. To call it frustrating, upsetting and annoying would be the biggest understatement of the century. It was in one of those "throw my toys out of the pram", tantrum, frustrating, feel like giving up moments that some wise words were said to me. I was told "Remember Candice, what you are building here, is not something for a year or two, it's something you are building for the rest of your life." After I got over my tantrum, those words changed my mind set and my way of thinking about things completely.

When you are building something worthwhile, whether it be launching a business, losing weight, building a house, forming a career or relationship, whatever it may be, the words slow & steady wins the race are never more true. See there is no point in stressing yourself out about things not happening at the pace you would hope, so long as things are actually moving forward. You may not be exactly where you had hoped to be at that given point, but as long as you keep moving forward, you are on the right path. If you are only even an inch closer to your goal, it is an inch closer than you were before.

I have realised that delays can be a positive thing. I am learning to use my time of delays and slow movement, to perfect and craft my business. New ideas & ways to make things better for when I do officially launch are being worked on all the time, during this period. Often when we rush, simple things are overlooked and mistakes can be easily made. I would rather take my time and get it right from the jump, than to rush things and have to be constantly correcting errors.

In saying this, patience and waiting is not one of my virtues, so I do get disheartened at times. It is in these times, I recall a metaphoric story I have heard so many times.

An elephant and a dog became pregnant at same time. Three months down the line the dog gave birth to six puppies. Six months later the dog was pregnant again, and nine months on it gave birth to another dozen puppies. The pattern continued. On the eighteenth month the dog approached the elephant questioning, “Are you sure that you are pregnant? We became pregnant on the same date, I have given birth three times to a dozen puppies and they are now grown to become big dogs, yet you are still pregnant. What’s going on?” The elephant replied, “There is something I want you to understand. What I am carrying is not a puppy but an elephant. I only give birth to one in two years. When my baby hits the ground, the earth feels it. When my baby crosses the road, human beings stop and watch in admiration, what I carry draws attention. So what I’m carrying is mighty and great.” Don’t lose faith when you see others receive answers to their prayers. Don’t be envious of others testimony. If you haven’t received your own blessings, don’t despair. Say to yourself “My time is coming, and when it hits the surface of the earth, people shall yield in admiration.”

Success and achieving your goals is all a process. Enjoy the process, because when you get to where you want to be, you'll realise the process often contains the best parts.

Enjoy the marathon of life, even when you feel like nothing is happening. 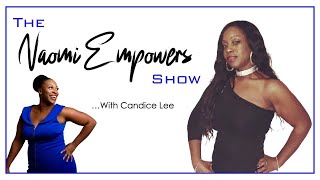 Live Your Life Authentically Your Way

The Power of Saying No